Every year, the number of French vineyards and wineries falls, as people retire or exit the business. Meininger’s Wine Business International (August 4, 2020) asks what can be done to reinvigorate the sector. 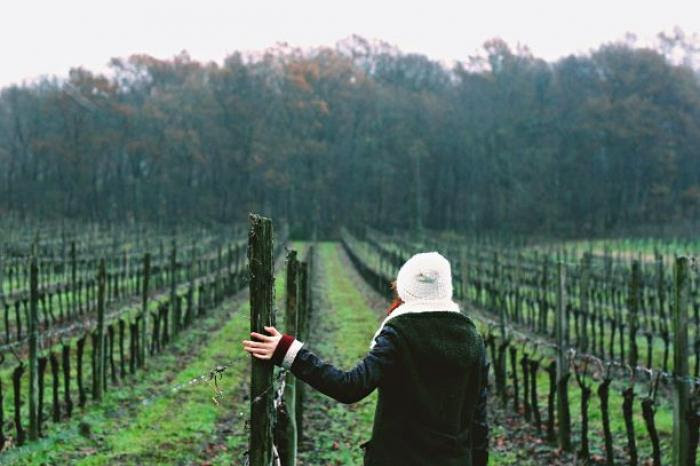 Photo by Toa Heftiba on Unsplash

In 1960, according to Le Figaro, France had around 600,000 cafes and bars. By 2016, France had just 34,000. Apparently, 7,000 of these quintessentially French establishments close every year. Traditional artisan bakeries, les boulangeries, are also disappearing – at a rate of a hundred a month

It’s also happening to France’s wine producers and grapegrowers. In 2008, according to Agrimer statistics, some 144,500 individuals and businesses completed the obligatory annual Declarations de Recolte harvest reports that inform the authorities of the number of litres of wine produced and/or the number of kilos of grapes picked and sold to a local cooperative or négociant. In 2018, only 76,200 declarations were submitted – a drop of 68,300.

Many of those estates probably belonged to elderly couples, widows or widowers who may have been delighted to remain tucked up in bed rather than having to prune vines in near-zero temperatures. But what about the plots of land that have been lovingly tended by the same families for generations, and the owners who dreamed of passing them down to their sons and daughters?

It is easy to imagine that the contraction of France’s industry is a regional thing, focused on the parts of the country that are making the least commercially attractive wine. And the rate at which estates are closing certainly varies. Champagne, for example has seen a slight increase of 200 declarations – from 15,700 to 15,900 – which balances the loss of the same number in the Côte d’Or which is down to 1,400. But these areas are the exceptions to the national rule. Across the nation, an axe has sliced through the wine-growing and winemaking community.

In sheer volume of numbers, the worst hit region is Nouvelle Aquitaine, the region that includes Bordeaux and the départements of the Gironde, Dordogne, Lot et Garonne and Landes, which has lost 18,600 out of an initial 32,000 producers. But in percentage terms, the greatest devastation was in the Loire where 16,200 shrank to a meagre 3,200. Even Provence, home of one of France’s biggest export successes in recent years, lost nearly a third of its producers, while the number of estates in Occitanie, home to Languedoc-Roussillon, contracted by more than 40%.

Of course, to anyone used to the scale of New World production, the notion that France still has over 75,000 separate grape-growing and winemaking entities might seem extravagant. And, according to the basic laws of economics, they’d be right. A reduction in the number of routes to market should lead to a reduction in the number of products and producers. But it’s not that simple. At the turn of the century, the US had 7,000 major alcohol distributors; today there are around 500, but new wineries keep opening, edging the total up towards 11,000, to which has to be added over 1,000 professional grape growers.

A major explanation for the way the US industry is defying those economic laws has been the extraordinary explosion of DTC (direct to consumer) sales. According to the latest Direct to Consumer report, 6.6m cases of wine were sold in this way in 2019, at an average price of $40.70. In value terms, DTC now represents just under 11% of all retail sales of domestically produced wine.

In France, despite anecdotal accounts of Frenchmen and women queuing to fill their flagons at the local cooperative and stocking up at little wineries, the same Agrimer report suggests that only 1.8% of the home-consumption proportion of each year’s harvest is sold directly. By contrast, over 90% is bought in supermarkets, discounters and convenience stores.

Given the almost inevitable impact of Covid-19 on restaurant sales, life is unlikely to become any easier for France’s independent producers. If they want to survive, they will need to follow the example of their counterparts on the other side of the Atlantic and develop more profitable relationships with consumers. And if they do that, there might just be an additional benefit; maybe their survival and the activity they create in their communities could give the kiss of life to some of those cafes and boulangeries. 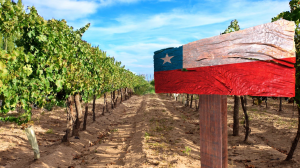 AROMALOC CEO DR. DICK JONES TO SPEAK AT CHILEAN WINE FORUM The word is getting out.  While born in Canada… 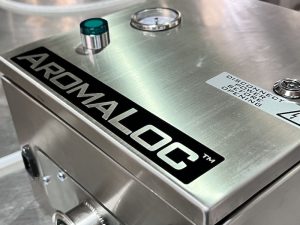 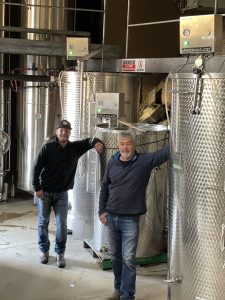